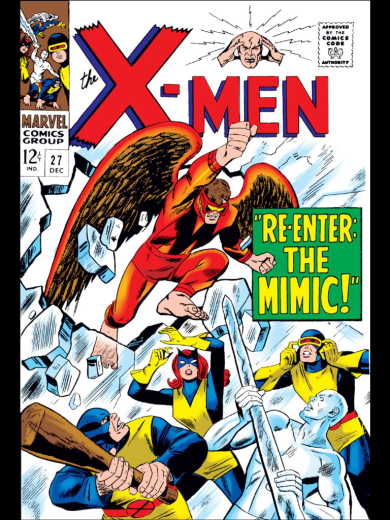 Brief Description: Mimic has regained his memory, but will he become friend or foe to the X-Men? And is Mimic in control of his own mind or is the Puppet Master controlling is every move? 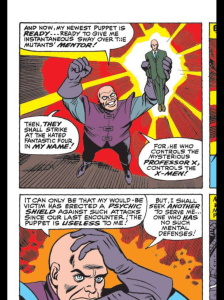 *Puppet Master (Phillip Masters): Puppet Master is a villain who moved to America from his fictional Balkan nation of Transia when he was eight. His mother died when he was young and he was frequently picked on. His closest friends were his puppets. He later went insane when his wife died and started experimenting with radioactive clay that he then started using to make super puppets.

-Powers: The Puppet Master has no actual powers but he is a brilliant scientist. He is able to use his radioactive clay to swiftly make puppets that he can use to control the people they are modeled after. 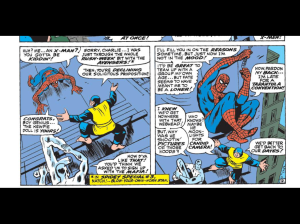 *Spiderman (Peter Parker): Peter parker is an orphan who was raised by his Uncle Ben and Aunt May. In high school a radioactive spider bit him and he gains the abilities of a spider. When a man that Spiderman could have stopped earlier kills his Uncle Ben, Peter decides that he will become a super hero.

-Powers: Spiderman has super strength, speed and agility. He also has the ability to cling walls and a “spider sense” that alerts him to danger. Spiderman uses his own homemade devices that shoot webs to swing from buildings, to tie up bad guys, and for various other uses.

This issue begins in media res with the X-Men battling with Mimic in Xavier’s mansion. After Mimic is able to defeat all of the X-Men, we find out that Mimic is not attacking the X-Men with bad intent. The battle is actually a practice session.

The story then goes back to the beginning and shows us that Mimic regained his memories and powers after being caught in an explosion at school. 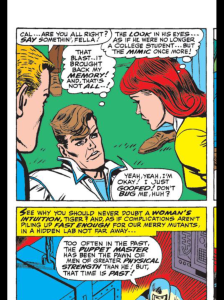 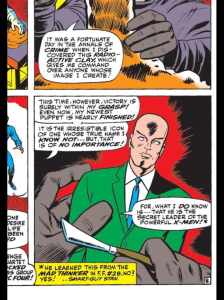 Worried about the X-Men’s confrontation with Mimic, Professor X reaches out to Quicksilver and Scarlet Witch to help them out, but the twins say that they cannot assist them. Iceman and Beast then ask Spiderman if he can help them, but the web slinger also turns them down. 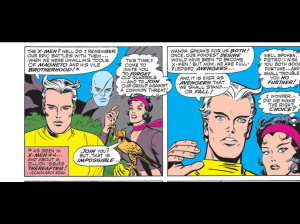 With no other options left, Professor X resorts to letting Mimic help them. When they face Puppet Master tries to turn Mimic on the mutants but Mimic is able to resist the villain’s control for just long enough for Angel to destroy the Mimic puppet. 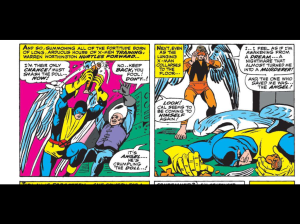 As the issue ends, Mimic is distraught that Puppet Master was almost able to get him to kill the X-Men.

This issue was much better than the El Tigre saga. Puppet Master and Mimic are much more interesting characters than El Tigre and their powers are easier to define.

Jean seems to be starting a relationship with a college mate of hers named Ted and I don’t like this, probably just because I want her to be with Cyclops finally. Jean likes that Ted seems to be exceptional despite not having any powers. 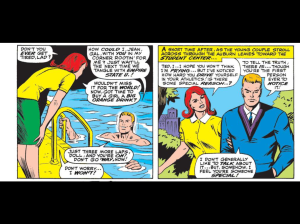 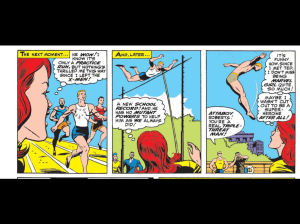 I was hoping that Cyclops would finally tell Jean his feelings in this issue, but it looks like we’re going to have to keep waiting for that moment. 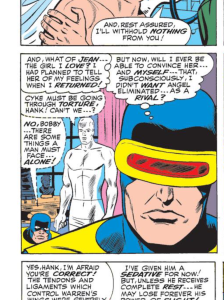 I enjoyed seeing Spiderman in this issue, but I was thrown off by how uncharacteristically mean he was to Beast and Iceman. I understand that he was busy and couldn’t help them out, but he could have been nicer.

I was happy to see the X-Men have new uniforms this issue, but they still aren’t that much different than the original uniforms although they are a step up. Of course Jean Grey was the one who made the costumes, because the X-Men are still a bit sexist and that is the stereotypical thing for a female super hero to do. 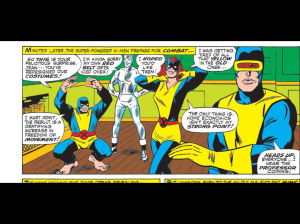 Overall I enjoyed this issue despite a few flaws.

1. Really Jean? This is your plan to defeat Mimic? 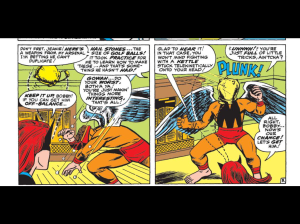 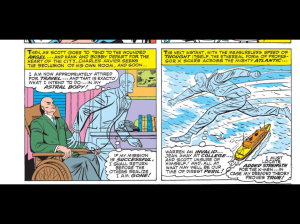